Ancient way of micro management as a social group in India is in the historical evidence . The Panchayat or five wise men were having all the modern governance as Executive, Legislative and Judicial functions as three in one system. King Chola period there were proof that these wise people were elected by the people by “cadjan “leaf-( palm leaf used to write ) and put into mud pot (vote box) to keep the confidentiality. But in many of the clan based villages it was ancestrally nominated by family representation. During British period they made it as Administrative body to collect revenue, maintain datas, and inform to the District Authorities and police on the annual reporting system of law and order and revenue record maintenance with judicial powers.

Madras Village Panchayat Act 1920 was giving the statutory architecture. During the freedom struggle this system was changing their role after Gandhi ji explained the Gram Swaraj . As disciple of Gandhi ji Shri Ramachandran(Anna as we call) and Dr Soundaram Ramchandran , founder couple , of Gandhigram University made the scientific way of education and training the persons for managing the Villages in Administration, Public Finance, rural development , Village health and sanitary condition, village arts and crafts and Khadi and village Industries.The place fondly named ‘Gandhigram’ was inaugurated by the Father of our Nation Mahatma Gandhi on 7th October 1947 with a powerful message “Success Attends where Truth Reigns”. Since then, Gandhigram has been a hub of community development.

After achieving independence the Indian Government started to have importance of revival of grassroots democracy by way of enacting the law to have the local government. Madras Panchayat Act 1958 has given all encompassing powers giving full structure with clear demarcation of various local Administrative set up. The Madras Panchayat Act was further strengthened in Tamilnadu and trained people were managing the peoples body elected among the unimpeachable character and leadership . The Revenue Headman with Karnam (Manager) were looking after the District Revenue authorities while Panchayat President and Council for developmental aspect while Co operative societies as statutory body Tident of village development .

The First five year Plan and subsequent five year Plans had implanted many of developmental and financial programmes to Panchayat system including schools ,Hostels, old age homes, village Health Dispensaries were handled in this system.

Having born and brought up in rural area I could recollect how I could connect with this system being a Lawyer in High Court in Madras coming down to Sivangangai district and worked 1972 to 1985, with villagers and as trainer for village people in the Tom Bewin Institute [ located in Gandhi Gram and Perambalur] , Rural workers Organisation and Indian National Rural Labour Federation. Hence I happened to contest in direct election as Chairman of Panchayat Union Sivagangai having 43 elected Panchayat Presidents and ward members for five years 1996-91.

As I was committed to Gandhian principles and Rajiv Gandhi’s dream of Panchayat Governance later made in Constitutional Amendment 76 and 78 as Three tier Governance (Union,State and District) I stoped practicing in courts for theses fives years and committed myself to implement the National Rural Employment Programmes, National Drought Area Development Programmes, National Rural landless Labourers Employment Guarantee scheme and various Programmes through 10 Point and 20 Point Programmes initiated by Prime Minister Indra Gandhi and the Rajiv Gandhi. Houses were built for Dalits and Adhiwasis and insisted to get the fair wages with the combination of grains and cash component. Drinking water facilities in every hamlets , roads , electricity, Biogas plants,work shed, community hall were constructed with quality due to the co operation of the People. I conducted training programmes for Panchayat Ward members who were elected among 100 adults to be representatives in Panchayat . In feed back form I got the information that 78% of them had not visited Panchayat Union office located in Sivagangai town just 20 to 30 Kilo meters from their village where all the officers of Development Block were sitting and serving the villagers. I could understand the distance between the bureaucracy and people in the developmental activities and implementation of various schemes.

Hence being elected representative of one lac People and Chairman of Panchayat union with powers and machinery in hand to eradicate poverty through the anti poverty programmes I implemented with the cooperation of officers and the people. I had the opportunity to be elected as Senate Member in the Madurai Kamaraj University, Madurai and served for three years as representative of Local Government elected Chairman. I registered as researcher for PhD on “Implementation of Anti Poverty Programmes and rural development”. But later on knowing that many working Professors done such research on the basis of reported data’s collected by various agencies I changed the topic with the recommendation of Guide Prof S. Subramanian ,Head of Department of Political sciences to World Trade Organisation and Poverty alleviation and end up with WTO and Legislature, Executive and Judiciary, since in the mean time I was elected as 20 lac peoples representative to Indian Parliament and wrote a book too which was published by University of Madras as 150th year celebration and released by Dr Manmohan singh then Prime Minister of India Madam Sonia Gandhi.

Having the blessing of Madam Sonia Gandhi on seeing my performance as Parliamentarian participated 163 time debates in the 13 th Lok Sabha. I was made the Whip in Parliament. As member of Parliamentary standing committee for Science and Technology and Forest and Environment and for four years in Finance Committee I could make recommendation to Indian expedition to Moon (Chandrayaan) . The entire approach of wiping out the tears of rural people all the activities will prove that I was brought up by Panchayati Raj mind .

Dr G. Palanithurai the committed solder of Gandhian Thoughts and leading light when shade of darkness set in around democracy:

One time in Lok Sabha and two terms in Rajya Sabha and seven years ( two different Government terms) as Chairman of Parliamentary Standing committee for Personnel, Public Grievances, Law and Justice and Minister for Commerce and Industry have the impact of my experience as Chairman of Panchayat Union. I have to explain since the topic “ Development , and Grassroots Democracy” to commemorate the life long commitment of Prof G.Palanidurai, the writers have the liberty to narrate ‘experiences,contributions and reflections of persons associated with panchayat raj movement in India. Dr G Palanithurai , Director ,Chair of Rajiv Gandhi and Professor and Head of Department for Rural development and author of number books . Well known Indian authority for “Grassroots Democracy” is the real solder of Gandhian 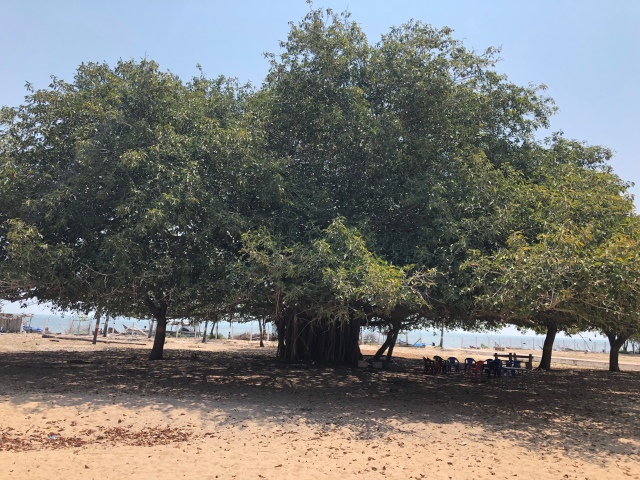 thought to fight against the Poverty in Villages and ‘leading light’ when there exists shade of darkness in democracy.

As Chairman of Parliamentary standing committee I could play main role in making laws such Right to Information Act, The Hindu Succession amendment Act making women equal to male in ancestral property, and tenancy right, Women’s reservation of seats in Assembly and Parliament Bill, Village courts Act, reform in UPSC in examinations for IAS, IFS and other civil services , High Court and Supreme Court Judge’s service conditions and salaries, reform in CBI , synergy between Tribal Justice system and of the country Laws., and many more than 50 Reports submitted to both Houses of Parliament and many of them being made as Law of Parliament ,rules and regulations of Government of India.

When I sat as Vice Chairman of the Rajya Sabha for many years I used to think how poor agriculturist’s son could adorn the chair of the second top post of the country ,Vice President of India. The answer is simple, it is the “power of democracy”, practised in India through the Constitution of India and even before that through Gram Swaraj – “Gram Rajya – Ram Rajya” in the words of Mahatma Gandhi ji, the father of Nation.